That Was a Good Show!

Clearly my memory is short.  Or I waited way too long between children...  I thought that as Little Miss gets older, things like shopping would continue to get easier.

Last night I picked up Little Miss from daycare, and told her we would be going to the store.  That was my first mistake (I didn't yet know at that time) but in my defense, I do occasionally take her to the store to pick something up for dinner.


As we walked away from daycare, towards the car, she began to run away from me.  I tried shouting to make her stop, but as we were on a road (a small, quiet residential one, but a road nonetheless) I quickly ran after her.

Like a dog, she finds it very entertaining when I have to chase her.  I caught up with her and held her hand.  She then began to flop.  We live in a cold climate have a ton of snow and ice left here, which is in the process of melting.  A lovely layer of sludge and mud now exists on the road.  She tried valiantly to drop into it.  My other hand was full, so, being careful that her arm was not pulled off or hurt, I kept trying to get her to stand and walk.

I discovered that my sweet girl is much like
Raggedy Ann when she wants to be...floppy... like a wet noodle. 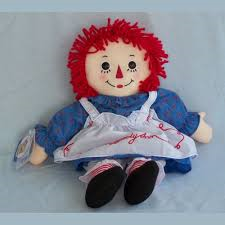 Although we avoided dropping into the mud on the way to the car, while I got my keys out she found success.  She dropped to her knees, and then instantly regretted it.  Her little pink pants and boots were covered in wet, dirty, drippy, cold mud.  She screamed, and then began to cry the biggest tears over her 'ditty pants'.

A good mom might have gone home and changed her, buuuuut the grocery store was nearby, and I knew that if we went home, we wouldn't go back out.  I took my crying, muddy girl to the grocery store - we kind of looked like white trash.

At the store, she was pretty good, riding in the cart and singing at the top of her lungs.  Some shoppers smiled, while others moved away quickly, probably swearing under their breath.

Speaking of swearing, at one point as her vocals reached glass breaking shrieks, I tried to 'shh' her.  She immediately shushed me back...then launched into a tirade of "Shhhit! Shhhhit!  Shit Shit Shit!!" over and over, getting progressively louder.  Of course she had a grin the size of a dinner plate as she shouted, knowing this is not a nice word.

Now, moms of little ones, you know that the best way to dissuade this behaviour is to either ignore or redirect.  I started trying to ignore, but by the second or third SHIT, realized that if I didn't stop her, I'd burst out laughing.  And having done that before, I know that that is NOT going to solve the problem.

I held up the list and began to loudly and animatedly talk about what we needed next "LOOK!  Pickles!  Let's get some PICKLES!!!  What kind would you like?!?"

Ahh yes - insane shopping mommy wins this round, as the swearing ended quickly, forgottenin the swirl of gherkins and dills.

I had picked up two pairs of Joe Fresh (love this stuff!) shorts for her, since she grows like a weed.  While I got eggs, she proceeded to rip the extra button provided with the shorts, and try to pull the actual button from the shorts.  I took the shorts, and then she popped the extra button in her mouth.  She normally doesn't put things in her mouth, but lately has been doing it for attention.  I counted to three and told her I would take the button (don't worry - I could still see it!).  She took it out, then popped it right back in.  I reached in, risking fingers and skin, and took the button.

We got to the line up, which is when the next fun began.  She likes to hand things to me, so I try to put only light, non breakable things in the top of the cart.  But this time, instead of helping, she began to launch things at the lady behind us.  The green pepper went flying.  The apples almost got launched.  The shorts were thrown to the floor.  The limes went everywhere.  I grabbed everything from the top as quickly as possible.

As I tried to put everything on the belt, she leaned over and tried to grab some magazines.  As I  quickly paid, she flung her boots off her feet and her hat on the floor.  She then popped the button back in her mouth.  The button???  How did she get it back?  Yup.  At some point my pick pocket daughter had reached in my pocket to retrieve her loot!  Thief!

We finally got out of line, left the store and I thought I was home free.

At the car, I quickly placed the bags in the trunk, including the boots which caused more tears.  "I want my boots!" could be heard three aisles over.

I pick up my muddy child (getting dirt on me in the process), and place her in her car seat...uhhhhh...TRY to place her in her seat.  For the first time ever, she becomes "Super Pole", becoming so rigid and stiff that I cannot get her bum into the seat.  Her ankles and head are touching the seat - but nothing else.  While fearing I might break her, I began to push her mid section into the seat, slowly, inch by inch, and once there, placed my elbow in the groove on the seat so she was in place for the belt. 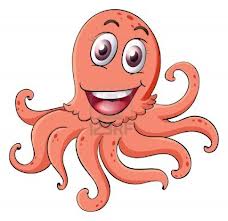 Once she is fully strapped in, I walk around the car feeling like I have maybe won a small victory in finally heading home.  Yay Mommy!

As we waited to turn, she says in the most upbeat voice...

"Yes, that was a good show mommy!" she replies.

Well, I guess it was a show of sorts.  For the other shoppers.

Oh my word, I am in tears. I completely, totally understand. Your Little miss is a true character!
Kristy

Haha - glad you enjoyed - I can only imagine how you mommies with more than one little one do it!

Might be easier with More than one! They focus on each other and play tug of war with the bananas and ignore little ole me!