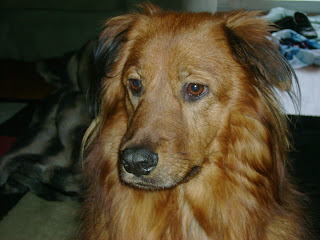 Last year when my dog Charly went in for her yearly check up, she was shocked to find out she was overweight.  Not just overweight, but fat.  She hung her head in shame as the doctor talked about the importance of diet and exercise, especially for a dog in middle age like her.  We tried to help her with her weight loss goal but it was just so hard considering we were moving, having a baby, I got injured and we were prepping our house to rent out. 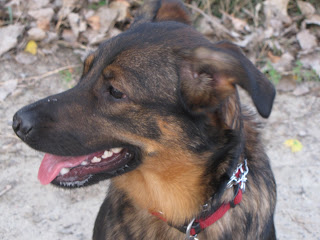 This winter Cooper was beyond shocked to find out he was fat...to be honest, so were we.  This dog is not quite two years old and like a monkey on speed most of the time.  He bounces off walls and runs circles around anyone, including inanimate objects.  But he was fat too.  He couldn't even look at the camera for the shame of it all.


We tried to be supportive and started by switching them both to low cal food.  We tried to get them more exercise, but admittedly it's tough with a long, cold winter and an infant in the house.  Since the weather has improved we have made efforts to really get them going and we hoped it was helping.  They certainly enjoy the extra walks and runs!

This week, I brought Cooper in for his weigh in...he wasn't so sure about it because the scale is right out in the open...any lady doggie could hear how overweight he is, but like a trooper, he agreed to go.  Imagine our surprise and delight when we saw that he'd lost 4 pounds!  Yes that's right - 4 pounds!  That's a huge loss for a dog!  The vet tech didn't believe me and came over to check the scale herself.

Today, I brought Charly for her annual exam, and found out that she has lost 3 lbs!  The vet was very happy as was Charly who decided to bust a move right then and there! 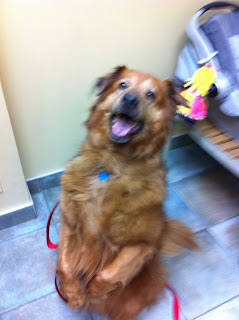 We still have a way to go for her - she needs to lose another 7 pounds according to the vet, but we're on our way and she is very proud of herself!
Posted by Staceroo at 7:39 AM

We have to keep an eye on our dogs weight because it fluctuates pretty easily. She's never been overweight, thankfully. But we do have to watch closely. In the Winter, she doesn't get out as much so we cut back on her food a bit. That seems to help. We recently switched to a high protein food so I'm having to keep an even closer eye on it. What brand food do you use? Just make sure that your dog is getting enough protein from a named meat source.

We use Performatrin Ultra for Weight Management. Our vet recommended it and both dogs do very well on it. I never checked the They luckily are not food motivated so we don't use treats (except for the odd time)and they often leave food in their bowls. the vet did mention cutting back slightly on portions in the winter - it never occurred to me before but we will be doing this as well because they definitely don't get out as much in the winter!

I'd never heard of that brand before so I looked it up and it looks pretty good! It's so nice to see people who feed their dogs quality food.

Aww thanks! My dogs have always done well on it and I feel good feeding it to them. Charly has seasonal allergies so we originally thought it was food related and tried a variety of low allergen foods but went back to it when we realized it was not a food allergy but seasonal...ragweed!

How did you vet figure out what the allergy was? Blood draw or what? How do you treat that allergy?

It's pretty common around here so once we realized the food made no difference, they started her on a steroid (prednisone I think but I'd have to find the bottle to double check) several times per day, gradually reducing dosage, along with benadryl for the itch. She's had it every single year from August until about October - the first year was the worst because it took so long to diagnose - she had bitten and scratched until she bled ...it was so sad! Now we catch it quickly when it starts and she doesn't need the steroid for long usually (unless it's a particularly bad ragweed year)