Technology And Other Stuff

Had some computer problems today but I am hoping they are solved.  My computer kept freezing up and I had to restart it several times.  Of course, having a teenager means that when I went to use the computer it was already frozen.  My dear son had been on it and then left to go downstairs...presumably right after it froze up on him.  Rather than let me know "Hey mom, there's somthing wrong with the computer", he just left it like that.  Normal stuff right?  Sheesh.


This is why you cannot wear my socks! 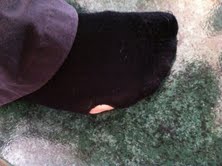 Yes that is a rather large hole in the side of my black sock.  I found it when I took off my shoe and my baby toe was poking out (I took that picture too but I really need some polish and a bit of sun so this is what you get!)
I was going to gloat some more until I got home and found the following which is why my mommy never has to knit anything for me again.  Sigh. 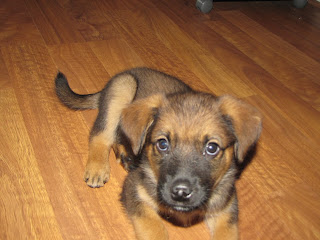